MIAMI (NEXSTAR) – As the Kansas City Chiefs and San Francisco 49ers kick off the events surrounding the big game at the Super Bowl’s Opening Night, there’s a certain sadness in South Beach as the sports world mourns the death of Kobe Bryant.

Anyone you talked to agreed: Bryant was a transcendent athlete and global superstar.

“Just the little moments when you saw and he’s teaching her (his daughter) about the game. Whether it was sitting court side or in their home gym, and he was working with them,” said former NFL player Danny Kanell.

Along NFL’s Radio Row, even international broadcasters were hit hard by the news.

“It was interesting to be over here for it,” said Matthew Sherry, UK NFL Broadcaster. “I’ve heard people compare it to when Princess Diana died in England.”

Everyone agrees the mood certainly changed in Miami.  While the kickoff of Super Bowl week is usually festive in nature, there’s a sadness as people reflect on Bryant’s life.

Spectators observed a moment of silence for Bryant before Opening Night festivities in Miami. It’s a theme expected to continue in the days leading up to Sunday’s Super Bowl.

Big Game Bound Week 2: Who started strong and who struggled

(NEXSTAR) — It's Week 2 of the NFL season and teams are looking to settle in.

The Sept. 10 episode of Big Game Bound has ended. Watch a replay on demand above.

DALLAS (NEXSTAR) -- Football fans, rejoice! The NFL’s regular season kicks off Thursday, September 10 and with that comes another season of “Big Game Bound” -- Nexstar's digital franchise bringing you the latest news and analysis each week.

Big Game Bound, which will be available via livestream and on demand, will be hosted by WOOD TV Sports Director Jack Doles. The show will spotlight the biggest games, key storylines and insight from reporters across the country who know Super Bowl-contending teams better than anyone else.

Politicians, dignitaries react to the death of Justice Ginsburg

CDC reverses course, says people without symptoms should be tested 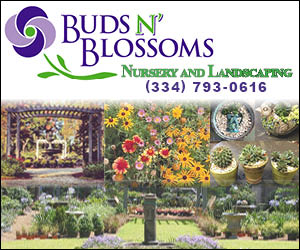